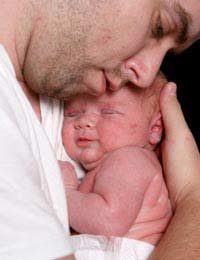 Start Date for the New Rights for Paternity Leave for Fathers

If the new legislation is pushed through in April the new paternity leave rights will affect parents who have children due on the 3rd April 2011. The new rights are designed to give parents more flexibility and to allow fathers to have more of a role in the children’s lives from an early age. It can also be a chance for mothers to earn money while the father assumes the mother’s role in the house. This could be financially beneficial for families where the mother earns more money than the father. It also allows fathers to have a more active role with their children from an early age.

Until the new legislation is approved by the government there are still rules that apply to working father’s paternity leave. These rules include:Although a great amount of information available, survey statistics show that not all fathers are aware of their rights. Groups such as the Working Families organisation, Direct Government and Citizen’s Advice can provide information and advice on paternity rights for fathers. Organisations such as the Fatherhood Institute also provide helpful information for fathers on a number of different issues. Fathers should also ask their employers or human resources department if they have certain flexible options available for paternity leave.
Next Page

Saving Money With the Eat and Drink at Work Scheme

The Benefits of the Cycle to Work Scheme