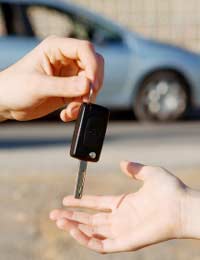 Company car benefits are more popular in the UK than anywhere else in the world. There are more than 1 million company cars on the road at the moment, making company car fleets responsible for one in every two cars sold here.

Indeed, a company car has been a popular benefit for both employers and employees; the former see it as a way of boosting their attractiveness to potential recruits while exercising control over their employees' travel and receiving a simultaneous tax advantage, while employees value the fact that they would probably not be able to afford to buy a car of the same standard as that which is offered to them by their company. Company cars tend to be fairly plush, in part as a result of employers' desire to keep up appearances, and in part as a result of new standards for age and safety set by the Health and Safety Executive. However, new tax treatment has meant that more and more employers are encouraging their workforce to take a cash allowance in lieu of the previously popular company car.

As far back as 2002, the government began adjusting the company car tax schedule in order to shift the focus from mileage towards CO2 emissions. In this way, vehicles with lower emissions receive favourable tax treatment, while traditional petrol guzzlers will suffer at the hands of HM Revenue and Customs.

Today, the tax liability incurred by a company car will depend not only on the price of the vehicle, but also on the amount of CO2 that it emits. As such, a relatively 'green' diesel car can quite easily produce a tax burden that is 50% less than that incurred by, for example, a petrol Ford Focus. As a reaction to this restriction of the tax schedule, many employers are hoping to phase out company cars in favour of cash allowances. These are one-off payments made to employees to either allow them to purchase a car themselves, or to reimburse them if they choose to keep their existing car and use it for work purposes.

There is no set figure for cash allowances in lieu of company car benefits; rather, the amount offered to employees it at the discretion of the company in question.

That said, £5,000 is a rough average for these payments. Clearly, this figure is not sufficient to purchase the type of vehicle that would previously typically have been offered as a company car. Furthermore, employees then take on the responsibility for road tax and servicing, where this would in the past have been taken care of by the employer. That said, employees who make use of cash allowance benefits can also take advantage of the mileage allowance payments.

Mileage allowance payments are set by HM Revenue and Customs, and give employees the opportunity to claim tax relief on miles travelled for work purposes. This is currently set at 40 pence per mile for the first 10,000 miles, and 25 pence for every mile over this amount.

Your employer is under no obligation to make these payments, but HMRC will make up any difference. As such, cash allowances can frequently be a more attractive option than a company car, although this decision will depend almost entirely on the sum being offered by your employer.

Advantages of a Company Car Scheme for Employers

What is a Personal Car Contract?