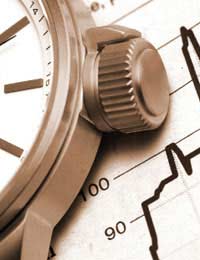 Sickness absence represents a significant cost for businesses of any size, in both financial and non-financial terms, particularly for smaller organisations where a single day of absence can have a disproportionately large effect. As is explained in an article elsewhere on this site, absence is judged to cost the UK economy around £12 billion every year.

Management of absence should be a basic priority for any employer, and developing a strategy to both deal with absence and mitigate its effects is of the highest importance. However, many companies fail to keep records of employees' casual absence, although most employers keep track of long-term absences. An effective audit of absence is the first step to developing an efficient strategy for dealing with this problem.

The process of performing an audit need not be particularly complicated. However, many companies fail to recognise the importance of this step, and instead begin to develop management strategies without an awareness of the realities of the problem.

As such, your audit should have two stages: in the first instance, you should audit your current absence levels, and analyse this information with a view to developing a rounded view of the health problems faced by your company and its employees. Subsequently, your audit should continue after the point at which you have introduced your newly planned management strategy. You should audit the performance of this strategy in order to ensure that it continues to be as effective as possible.

The first step in your audit will be to set a time scale for the process. Most companies choose to audit their absence over a period of twenty four months, although this may not be viable in every case. As a minimum, however, you should look at absence over the course of a year, as patterns are likely to change on a month-by-month basis. It is also important that you know exactly what information you should be collecting.

A good absence audit will include data on the number of days lost to absence, as well as the reasons for these absences wherever possible. Your data should be arranged in such a way that you can sort absences by individual employees in order to look at individuals' performance in this area. Furthermore, you should split your data into long term and short term absences, as your strategies will differ for each. That said, it should be possible to combine the two data sets to get a full picture of the number of days lost each year.

The analysis stage of the audit should look at aspects like which days of the week have the largest absence figures. Similarly, you should investigate the percentage of short-term absences that become long-term problems, and look at the underlying causes for this transition.

The benefits of this are significant: long-term absences are the most costly, and preventing them should be at the top of your agenda. Aside from this, the benefits of the audit generally are clear; the process will give you a valuable set of data that should form the cornerstone for your absence management scheme. You can then perform further audits upon implementation of this scheme to ensure its continued success.

Questionnaire: Are You Managing Absence Effectively?